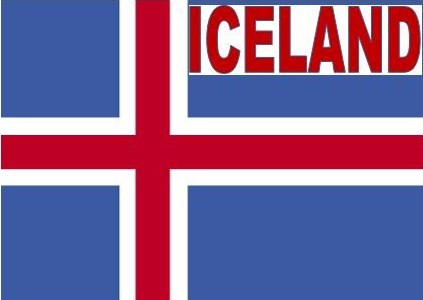 Monday, 21 October 2013
In a very small country in terms of population, everyone is related to everyone. One fear is that it can be difficult to find a partner that is out of the family tree. This big problem today in Iceland but technology is on the way.

Thursday, 08 August 2013
International Monetary Fund (IMF) warned that Iceland  it might not reach its goal to have a balanced budget next year after  campaign promises made by Iceland's new prime minister reflects the inability to make progress on lifting capital controls.

Iceland MP proposing a bill to its Congress to grant US fugitive leaker, Snowden citizenship

Thursday, 04 July 2013
Icelandic MP and former Minister of the Interior, Ögmundur Jónasson his morning raise the issue which would see the parliament debate on a bill to grant the American NSA whistleblower and fugitive, Edward Snowden, a citizen of Iceland.

Snowden has inquired about political asylum in Iceland- reports

Wednesday, 19 June 2013
Edward Snowden (pictured below), the man who recently exposed that the Obama administration in the USA as wantonly reading and listening to people's messages is reported to have knocked on the door of Iceland to enquire the possibility of seeking political asylum there.

Sunday, 06 January 2013 Norwegian banknotes worth an equivalent to Skr638 million is reported to still being kept somewhere unredeemed or unswapped to newer notes after they were taken out of service at the end of last year.