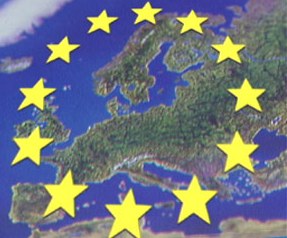 Are there European countries with hidden economic crisis

Monday, 04 November 2013
The view is that Europe could be on its way out of the economic crisis but some Swedish institutions are looking into the numbers to determine is that is the case.
It is pretty known that Greece, Spain and Portugal are economic crisis countries, but outside the media spotlight there are also causes for concern for countries such as Austria and Slovenia. Furthermore experts are tracking the feel for Ukraine which is said to be closer to devaluation.

How is the economic crisis in Europe shaping up? In the shadow of the eurozone crisis, closely watched countries in southern Europe have pushed even Central European economies into deeper waters.

According to analysts at the Swedish bank, SEB, Slovenia and Austria  as well as Croatia and Hungary should be counted as countries to be watched closely. “They are under some pressure from the crisis in the eurozone,” says Mikael Johansson, head of the bank SEB's Eastern European Analysis as reported by the Swedish daily, Dagens Nyheter.

A country that overshadowes all is Ukraine. There, the economy will deteriorate in the fall and the government may be forced to devalue the report from the paper holds.

“Ukraine is a great country that has been forgotten. They had a banking crisis in 2008 – 2009 that was in parity with the crisis in the Baltics,” says Mikael Johansson.
The driver of their crisis comes from the falling world prices for steel. This presses down their economy more.

“We believe that they will be forced to devalue in the winter because they have large imbalances in their trading. Moreover, the big distrust is already being felt in the economy,” says Mikael Johansson, who believes that Ukraine will devalue its currency by at least 10 percent at any time during the first quarter of 2014.

The devaluation will not have a major positive impact on Ukrainian exports, says Mikael Johansson.

Slovenia on its part has banks that are under pressure. At the beginning of the year, Lars Nyberg, former deputy governor of Swedish central bank, is working in a startup management company that will take over banks' bad assets there, the paper said. A similar consortium, Securum and Retrieva, were in Sweden during the 1990s banking crisis.
Slovenia is part of the European Monetary System and the European Commission have influence on the process of taking over its bad assets.