Sunday, 20 October 2013
The Swedish economy is doing well and all indications suggest that Sweden is a good country to live in. This is the line the Swedish prime minister, Fredrik Reinfeldt choose to use as he closed his party conference in Norrköping on Sunday. He also added that the moderate party has made Sweden even better.

Fredrik Reinfeldt did his best to pep up his party supporters despite persistent poor poll numbers, as he finished moderate the meeting on Sunday. In his speech he continued to point to the positive in Sweden's economic and social development in recent years. “Sweden's economy is the strongest in 40 years,” he said.

“We know what it's like to fight an uphill battle,” he said. “We have now used four days to prepare the responsibility that extends over four years. I feel a great energy, a great joy, a great inspiration by listening to you, and out of respect for all the decisions that we now have to become a reality in this country. Here we have to go and win the 2014 election,” said Fredrik Reinfeldt. 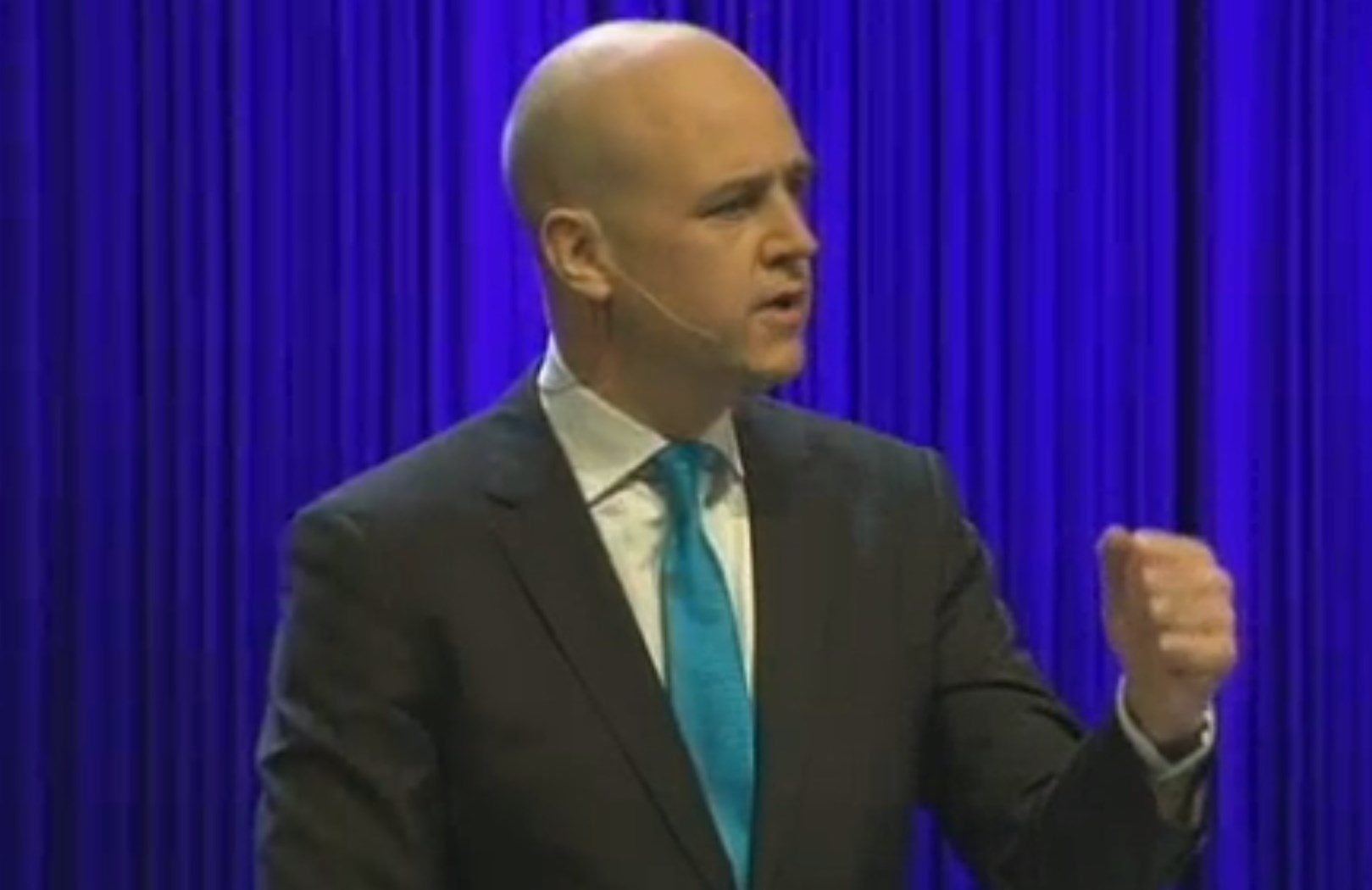 Reinfeldt pointed out in his speech that the Swedish economy is growing faster than for example Germany, Austria, Belgium, France, Denmark and the UK.
"Most of the so - called rich countries of the world are heavily indebted. Sweden has gone in the opposite direction, "he said.

Reinfeldt said that payments on interest on debts has fallen from Skr50 to Skr22 billion since he took office, while the tax burden has decreased by four percentage points, tax revenues increased by Skr40 billion. If growth forecast of 2.5 percent is hit in the next year, it will bring Skr15 billion more to local governments, according to the Prime Minister.
Reinfeldt also pointed out what he believes the next election campaign will come down to be about taxes.
"The battle will be about taxes, "he said.
He posit that the Social democrats has adapted to the Moderates party’s tax policy, citing example of that they do not want to raise property taxes and income taxes.
"But that's not entirely true,” he countered. “It starts with the Skr30 billion they have in their budget, then they will increase to Skr10 - Skr20 billion from Green Party's taxes, then the additional billions when they notice that they have to finance what they promised, "he said.

Reinfeldt also claimed that the battle will be about whether resources should go to welfare or benefit system. His strategy to tie the Social democrats to benefits system persisted and wordlessness continues.

The party leadership had broad support from the congress to continue with middle or policies on the central. Requirements to loosened labour laws or abolished austerity tax was less noisy than in previous meetings. Proposed privatization of the Employment Service were out rightly rejected.

A number of other points came in to look like congress was dancing towards the policies similar to the Social Democrats. Homework support will now be offered to all who are in schools that provide extra work for home learning. Children of unemployed should be entitled to more pre-schools places, primary schools should be ten year of compulsory pre-school and benefits should be a percent of GNP. As usual were also a number of traditional harder – tag decisions in criminal policy.

The congress was seeking that the Conservatives government should work for continued tax cuts for low and middle income earners and pensioners, increased the tax threshold limit and corporate tax cut. But the message from both Prime Minister Fredrik Reinfeldt and Minister for Finance Anders Borg was that we cannot afford and will not go to the polls on.

The only sharp promise, from head of the party was that public finances must be put in order first before any thought of tax cuts are initiated.

Thus, the conservative voters will hear what they want while the party leadership will pulls the rug from under the Social Democratic election strategy to warn that Moderates will lowers the tax instead of focusing on jobs and welfare.

The meeting will be the starting point for the party's autumn campaign, whose slogan has already been accused to clashing with that of the Social Democrats.