Monday, 28 October 2013
The Swedish tiger economy - something many hyper positive Swedish looking analysts are not talking about again, weathered the financial crisis better than many other countries and this has meant that Sweden has been a fantastic market for foreign investors. But now there is a warning out in the Swedish media sources that the end of the party is very close.

The Swedish currency, the Krona is approaching over valuation point and this will help to slow down the Stockholm Stock Exchange, warns the respected research firm GaveKal, reports Swedish business daily, Dagens Industri.

Sweden's strong recovery has dazzled the world and attracted investors to the Swedish shares and bonds in its currency, the Skr or the SEK. 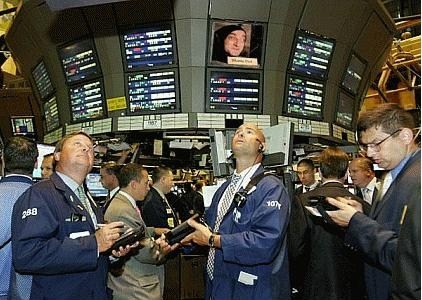 The Stockholm Stock Exchange has swelled 118 percent in five years, well ahead of the New York Stock Exchange which rebounded 85 percent over the same period. Meanwhile, the krona climbed by 45 percent against the dollar compared to the low point in early 2009.

Sweden and its Krona has thus emerged as  a safe haven for investors in a stormy Europe  and that has been impressive but now there is not much left to pick up, according to Pierre Gave, partner at the Hong Kong-based research firm, GaveKal, reports the Swedish paper.

"The two most important driving forces are no longer valid. I think it's time for a break. The Krona is no longer undervalued and Europe's economic recovery has faded, "he says to Dagns Indisutri.

He points out that the strong krona profit inhibitory effects appeared in rows of Swedish production reports in recent weeks.

In the last month Sweden stood out as the only industrialized country where growth and economic data surprised by being more negative than positive. At the same time several computational models show that the exchange rate is fully priced into or approaching overvalued levels compared with fundamentals, argues Pierre Gave.

Swedish Riksbank is increasingly caught between the needs of the export industry which demand for lower interest rates to soften a strong currency. But the bank is also looking over its shoulders, concerns about the huge household debt, requiring higher interest rates, he notes.

GaveKal call Riksbank's dilemma "The new Stockholm syndrome," and suggests that Australia and Canada's central banks are grappling with similar challenges.
Pierre Gave track no dramatic setback on the Swedish front, but expects that the krona and stock market gains will level off, and there would be continued tough climate for exporters.
By Scancomark.com