Swedes domestic debts Mountain continues to grow and even faster

According to figures from Statistics Sweden (SCB), 90 percent of the increase borrowing in to finance house loans or mortgages driven by the astronomical prices growth of Swedish houses. 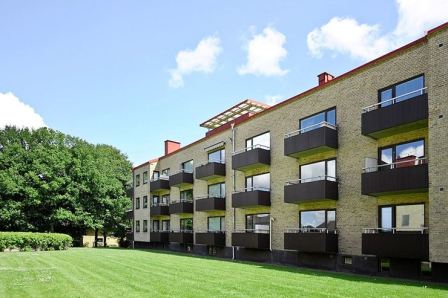 In the press release from statistic Sweden, the Monetary Financial Institutions’ (MFIs) loans to households increased at an annual rate of 4.8 percent in July. This represents an increase of the growth rate compared to June when it was 4.7 percent. In July 2012 the growth rate was 4.5 percent. MFIs include banks and real estate funding or housing credit institutions among others.

MFI’s loans to households in July amounted to SEK 2 841 billion. This is an increase of SEK 127 billion compared to the corresponding month last year. Most of the increase can be explained by housing loans, which accounted for SEK 111 billion of the increase and had an annual growth rate of 5.1 percent in July.

Housing loans are loans to households with single-family dwellings, condominiums and tenant-owned apartments as collateral. Outstanding housing loans to households at MFIs amounted to SEK 2 288 billion in July. The remainder of household lending consists of, among other things, loans for consumption, which often lack collateral, and other loans where, for example, agricultural buildings comprise the collateral. In July, household loans for consumption amounted to SEK 171 billion and had an annual growth rate of 4.4 percent.

It is something that worries Robert Boije, chief economist at the Swedish FSA, Finansinspektionen.

"The risk is that if a recession hits with falling house prices some household debt will get higher than house prices. The means that many house come under negative equity and mean that households will reduce their consumption, which may affect the macro economy negatively and have repercussions within the financial system. Among other banks can get credit squeeze," he says.

"Household debt is at a historically high level. Exactly where the limit can go is hard to say, but we are following developments closely and are prepared to take action if it goes in the wrong direction," says Robert Boije

Many organisations such as the OECD, European Commission, the IMF and credit rating establishments such as Standard and Poors among others have warned Sweden of its ballooning household debts and its runaway house price prices. May of these organisation say Swedish house prices are artificial and are over-valued. It is also a reason why the Swedish central bank has a very string migraine in designing interest rates because unemployment is high while inflation is very low. The question is how do you stimulate the economy in such a situation?
by Scancomark.com Team