Friday, 14 June 2013
Swedish top female managers working for the state owned corporations struggle to earn maximum incomes when compared with their male counterparts. This is a blow to the Swedish properly choreographed egalitarian utopia in which it is popularly held outside Sweden that men and women have equality. 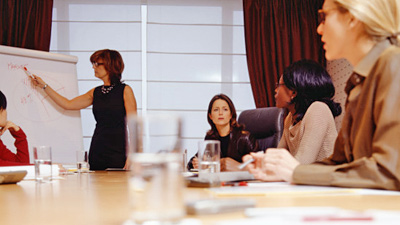 In examining 200 top managers of Swedish government organisation, only two women are ranked among the ten highest paid heads of government agencies, while among the ten lowest paid, are crowded seven women, a review from the Agency for Government Employers published on the Swedish daily Dagens Nyheter show.

Top salary goes to the Dan Eliasson, general manager of the Swedish social insurance organisation, Försäkringskassans and  Angeles Bermudez-Svankvist, director general of the Swedish Employment Service,  Arbetsförmedlingen. Both are heads of agencies with 13,000 employees.

The lowest paid are the heads of organisations such as the Institute of Space Physics and the Press Subsidies Council, Lars Eliasson, and Asa Finnström.

However, the pay gap between men and women employees in the state organisations has declined steadily in recent years, but the problem is still large. In 2012, women had an average of 10.3 percent lower wages, according to a new survey by the Agency for Government Employers.
By Scancomark.com Team