Are Swedish business executives giving up on China?

Friday, 31 May 2013
China, with its strong growth has long been extremely attractive for Swedish manufacturing companies. But now the interest is fading as more Swedish business executives start looking at China no longer as a favourable place a place to stake their future growth trajectory. 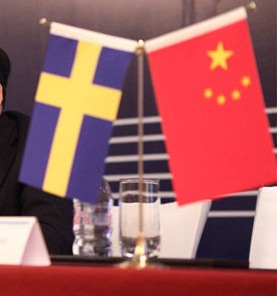 The Swedish business daily, Dagens Industri writes that with a tremendous amount of potential consumers, high growth rates and low wages in China, it has been some of the drivers of Swedish engineering companies to start operations with Chinese firms in China. The dexterity is however, dying down and Swedish firms seem to be designing other approaches to plot their  competitive strategy than to move to China.

The paper cites some examples as:

Jan Svensson, the boss of the Investment Company AB Latour, said last week that it is now Europe and North America were his interest of growth is occupying his thoughts. He strongly hold that there is still lots of air in the American and European lungs to breathe in unlike the European doom many people are saying. For him China is changing and those who can see will see, before it catches up with them.

One reason is that transportation is expensive in China and that wage costs, which were mostly, lower is now increasing by 10-15 per cent annually.

Steel dealer, BE Group is another example. The company recently sold its entire Chinese subsidiary, Shanghai Steel Trading. One ground for this is the complexity China is gradually becoming.

Another company that's pulled down its Chinese operation is locking giant Assa Abloy. The company reduced its workforce in the country by 11 percent last year and CEO Johan Molin expects to continue down the pace.

"I think you may adjust to the fact that China is completed, "he said to Dagens Industri when the paper's reporter caught up with him in Shangai last spring.

Could this be the recipe for Europe regaining its lost glory, an indirect effect of complexity of China? Let the very intelligent people out react to this.