Swedish health care worst when compared to the Nordic countries

Monday, 02 December 2013
Swedish health care has dropped five places since last year, according to a new comparison in a European health index. It now stands 11th place since 2013 thereby making Sweden the worst in the Nordic region. 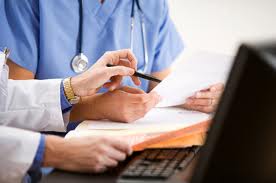 Since the comparison began in 2005, Sweden has been European champion for the technical quality of the treatments. What have contributed most in making Swedish rating for 2013 is the long waiting times before patients receive care, especially when it comes to cancer care. Only Serbia and Latvia, which are third from the last in the rankings, have equally long waiting time as Sweden.

According to the report, the Swedish patients have the most negative picture of the availability of care of all the nations of Europe.

“Although the government has injected lots of money in the care system, very little in terms of outcomes is being observed. It seems that the county council, which should be responsible for the commissioning of healthcare are not worried,” says the founder of a health index Johan Hjertqvist in a statement.