Tuesday, 29 October 2013
One of the main competitors to the Swedish fighter aircraft brand, Gripen, the German based Eurofighter has reportedly gotten into big problems.

Swedish media sources such as the business daily, that Dagens Industri is reporting based on reports on German paper, Der Spiegel, that only every second of the German Air Force's Eurofighter planes start immediately. 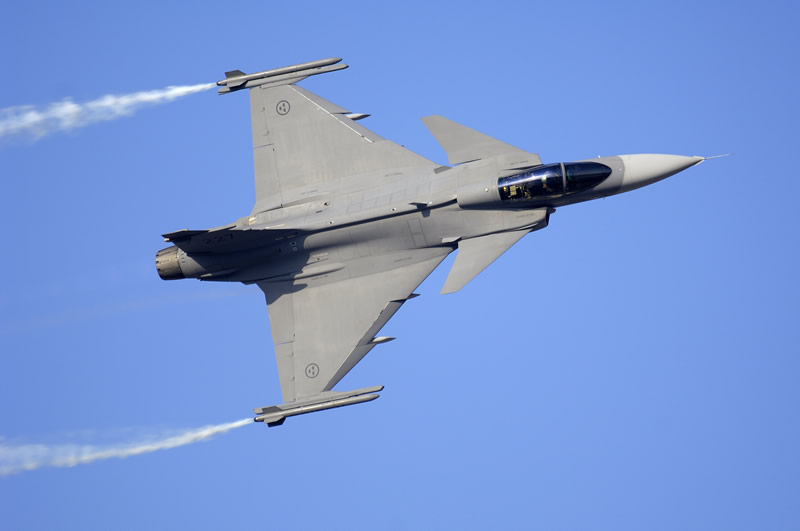 The plane built by Airbus manufacturer, EADS, Eurofighter is reported to be having both technical and security problems. Among others, the plane is said to have the ability to incorrectly eject seat.

These problems mean that the planes that will be delivered in the future must be further investigated and possibly rebuilt. Moreover, already delivered planes are to be updated as the entire fleet should have the same technical standard, writes Dagens Industri.

Could this mean less turbulent air around the wings of Gripen - in terms of market prospecting?