Wednesday, 20 November 2013
Swedish bank, Swedebank had increased its interest rates on mortgages by 0.25 percentage points last week but came under intense pressure and has been forced to back down.

Swedish banks have been criticised for operating in an environment where there look to be competition but in fact they either work in a cartel or as a monopolies while other sectors of the Swedish business community struggle with a tight business environment. 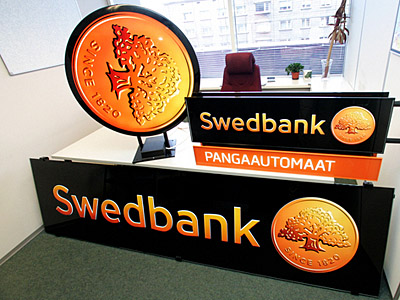 After the Financial Supervisory Authority (FI) announced that the so-called risk weights on mortgages should be raised, Swedbank lurch ahead and became the only bank that raised its mortgage rates.

But  they are now deciding to pull back the decision and announced instead a reduction in mortgage rates from tomorrow.

“We are lowering partly what we previously raised, then between 0.25 and 0.35 per cent beyond that.” says Peter Borsos to Swedish Television.

The reason for the cut is that the other banks have not made the same assessment as Swedbank did last week. They have not followed Swedbank in increasing rates.

“Competition is fierce and we cannot lie with a higher price than any other, so it needs to be adjusted. We stand still for what we said before, and that change will be gradual, but we are part of a market and listening to our customers.”
Scancomark.com Team